Election 2016: Trump and Unity On the Left

Posted on February 14, 2017 by Speakfaithfully

According to some who study revolutions, there are at least two basic types of revolutionary guerrilla movements that are differentiated by their origins. One type of movement arises when one social group (such as peasants and workers) rises up against their oppressors that exist in the same society (such as land-owners and capitalists). The other type of movement arises when an outside invader occupies a country and a resistance movement including everyone from the occupied society naturally and spontaneously develops. These two basic types of guerrilla movements have notable differences, among them are the challenges they face to internal cohesiveness and unity.

In the second type of movement that stems from foreign occupation, the cohesiveness and unity of the movement can be difficult to establish. This is because the guerrilla movement is made of up different groups that have been forced to align by the occupation that threatens all groups. This means the movement will be made up of people with different identities, experiences, motivations and overall goals. It may very well even include groups that are antagonistic or oppressive to other groups in the resistance.

The Trump and GOP Occupation of our Government

In many ways those of us on the Left in the United States have experienced the election of Trump and GOP retention of control in Congress and future control of the Supreme Court as a foreign occupation. While those in power share our nationality, they are “foreign” in that their agenda is consistently opposed to our interests and we understand the GOP as fundamentally hostile to us. While those in power were elected, we are all being forced to accept an agenda that even a minority of those who voted for Trump fully and actively support.

It is no surprise then that like a foreign occupation, the advent of the current government has inspired a resistance movement that naturally and spontaneously developed. Like a resistance inspired by foreign occupation, our resistance shares the same challenges to unity and cohesiveness. Many different groups from within our society have been forced to align because of the danger we see in Trump and the GOP. This new resistance movement is made up of people with many different identities, experiences, motivations, and goals as well as many groups that are antagonistic and oppressive towards one another.

If we can learn anything from revolutionary theory in this moment, it is while this resistance is encouraging, its origin means that it will be challenging to establish cohesiveness and unity within our ranks. These challenges need to be addressed quite intentionally if we are to make significant progress. While there are a myriad of specific challenges to be addressed, there are a number of things I think we should keep in mind as we attempt to build unity within this resistance.

Do not use the Threat of Trump to Silence Dissent

There wasn’t even a disagree button…talk about silencing dissent.

The Clinton campaign worked to engineer the threat of a Trump presidency. After Trump won the primary, they then attempted to flatten any criticism of the Democratic Party or Hillary Clinton with the threat of a Trump presidency. “Do you want Trump to win!?” became an acceptable response to valid concerns about Clinton’s candidacy, Democratic policy and the direction of the party overall. “Lesser-evilism” was a core strategy of Clinton’s campaign from the beginning and the greater evil was Trump.

While Clinton ended up winning the popular vote, buoyed by millions of voters who voted to stop Trump despite misgivings about Clinton, I do not think this tactic succeeded as she lost the election, as did many other Democrats in Congressional races. It shielded the Democratic Party from examining their own weaknesses and areas where they can and should change, undermining them in the long-run. It sowed resentment on the Left as many recognized the coercive tactic for what it was.

Such an approach is not going to inspire unity after the election anymore than it did before the election. So while we recognize the threat of Trump has arrived, it should not be used to silent dissent within the Left or evade responsibility for problems with individuals or groups that are within the Left. Statements like, “Stop criticizing X, or you’re going to breed disunity and Trump will stay in power!” has no place in our resistance.

Leftists who have been engaged need to patiently educate the new arrivals:

Undocumented trans activist Jennicet Gutierrez heckling Obama over the plight of undocumented LGBT people. She was shouted down by documented LGBT activists who wanted to celebrate Obama and marriage equality.

Many of the Left have felt threatened or marginalized by the State or our society, even  under Obama, and have been actively organizing and working on these issues for years. Many of us recognize that Trump’s policies are an escalation of the already problematic and unjust status quo, and not some break with a normally just society.  It is tempting for such people to scoff at or harshly criticize the liberals who are now suddenly active because they now feel threatened as well. A recent concrete example of this are the Women’s Marchers who marked this election as the first time they felt threatened and their need to “do something.” It is not unfair to ask, “Where have you been the last several years on these issues?” However, we should temper rightly deserved criticism and challenge with patience.

All of us, at one point or another, on one issue or another, can point to a time when we were not aware of injustices that needed to be addressed, how we might be complicit in them, or how to best address them. This is still an ongoing conversation and learning process for all of us if we are honest. This is especially true of injustice that doesn’t impact us, or people from our community or the identities we claim.

While it is fair and important to bring people to task for their ignorance, inactivity or partisan morality, it is perhaps best to direct it all towards the overall goal of continuing education and engagement not “winning” points against others in the resistance. If the resistance devolves into “Oppression Olympics,” privilege-bashing parties, or arguments about who is was “woke” first, then it is going to be fruitless resistance.

If there ever was a time for those previously engaged in activism to educate others, it is now. Millions of people are upset and asking about how to oppose Trump, how to get engaged, and how to help improve our society and oppose injustice. This is a good thing that seasoned organizers should be taking full advantage of. As Kwame Ture once said, “The job of the conscious is to make the unconscious conscious,” and now is an ideal time for that.

Overall left-leaning activists who have been engaged in this work for years, need to temper their understandable annoyance and frustration with new arrivals as they take their first steps and grow in their thinking and praxis. We have to bear with one another at times if we are going to build with one another long-term.

New arrivals need to be humble, introspective and teachable. 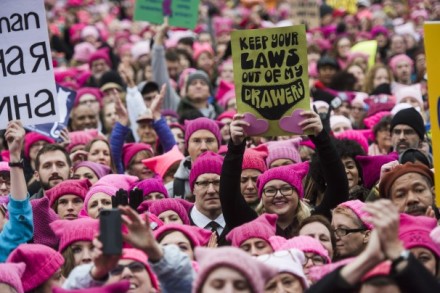 Those fresh to the fight for justice need to temper their enthusiasm, righteous indignation and passion with humility. My own political journey from hard-line right-winger to where I am today was long and filled with mistakes. I cringe at some of the things I said and did, even when I thought I had “arrived” at a far more progressive place in my thinking and praxis. I share this because this is a common experience as people grow in their understanding of injustice and resistance to it.

New arrivals also need to seriously question why they were complacent before when so many others were negatively impacted by polices they ignored or even defended. Such people need to ask very difficult questions of themselves. Why did I initially support the invasion of Iraq that left hundreds of thousands dead and led to the rise of IS? Why did many white women stay home when undocumented women, women of color, and LGBT women need their support over the last several year but then suddenly march after Trump’s inauguration? Why are the Meryl Streep’s of this world silent on the violence represented by Clinton and Obama but vocal in opposition to the violence represented by Trump?  Why were mass demonstrations against the banning of Muslim refugees organized but no mass demonstrations against the Democratic led bombing campaigns and wars that made many Muslims refugees? Why was corruption and nepotism excusable under Clinton, but now not under Trump? Why is Trump’s racist rhetoric more alarming than the racist impact of many status quo policies (including those supported by the Democrats)? These questions, and the answers to them, should not and cannot be avoided.

New Arrivals should not just engage in introspection but seek to actively learn from those who have been active for years. New arrivals should not put their comfort above the criticism they receive from others about their present actions and past inaction. Sometimes criticism that we need to hear comes from a gentle nudge by those more experienced than us, or a stern rebuke, but we can and should grow from both. I encourage many of the new arrivals to this resistance to seek out people who have been active for years that are willing to educate you on issues you have not previously considered.

Intentionally Address Inter-Group Conflict Instead of Ignoring It 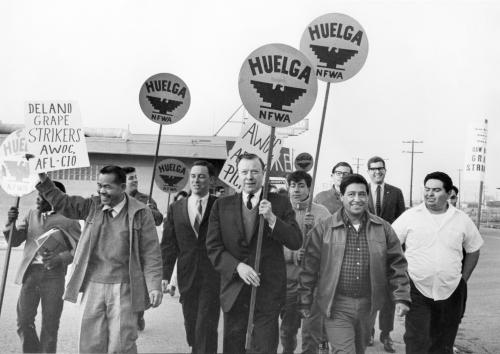 Filipino farm workers and Mexican farm workers were often pitted against each other by land owners and used to break each others strikes. Unity had to be built and these conflicts could not be avoided before success was achieved.

Inter-group conflict does not just exist in this new resistance between seasoned activists and new arrivals. By the members that make up our impromptu resistance, it is primed to rapidly dissolve over long-standing issues and the intersection between our various identities the oppression and privileges they represent.

The unity forced on our groups by the threat of Trump and the GOP is cheap and temporary. There are many inter-group conflicts that could take years if not decades to fully address but we cannot shy away from this task. It is tempting to seek to avoid these conflicts, perhaps by trying to focus on the threat posed to everyone by Trump and the GOP, or ignoring or explaining away these conflicts. But this simply will not do.

Part of our work moving forward is to turn this cheap unity of necessity and convenience into a robust unity that can shape a more just society. This lasting unity can only be realized if we acknowledge our past and present conflicts and work to resolve them.

It is going to be way harder than this stock photo.

Unity of our movement will be hard to build.  It require patience, empathy, and putting ourselves into a listening and learning posture more often than not. This is not easy to do. This is especially not easy to do with Trump and the GOP constantly pushing their limits. However, this is a worthy and necessary goal. If we fail to develop a unified resistance movement our resistance is likely to be ineffectual in stopping or Trump or will only manage to return us to the status quo, which is where a large number of progressives feel the oppression in the U.S. is at tolerable levels.

I am figuring out life and faith and taking other people along with me on my journey. Sometimes as fellow travelers, sometimes as hostages.
View all posts by Speakfaithfully →
This entry was posted in Politics. Bookmark the permalink.