Would Jesus Colonize You?: Why all Christians, including PM Harper, should oppose Harper’s agenda towards First Nations. (Pt3)

Posted on December 28, 2012 by Speakfaithfully 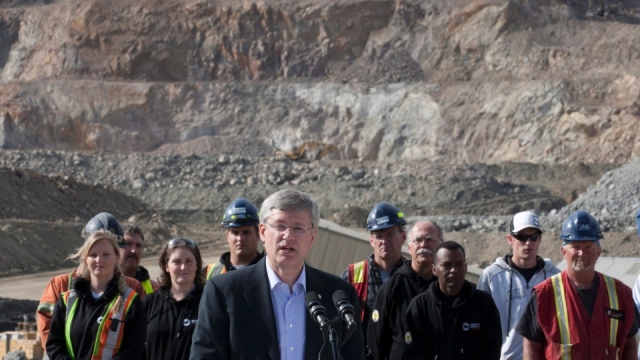 The Gospel is inherently anti-colonial yet many Christians throughout the centuries have been complicit in it.

Colonialism is still alive and well today, even if we hide it better.  It is also still against the Gospel and the Way of Jesus. It is sadly also still being supported by many Christians who, for a variety of reasons, still insist on actively or passively supporting colonialism.  A current example of this is the colonial actions being taken by the government of Canada, under the leadership of Prime Minister Harper and the Conservative Party.

But what is really going  on in Canada and how is it colonial?

What is the Harper’s agenda towards First Nations?

The Conservative Party in Canada, led by PM Stephen Harper, has been pursuing new policy measures and legislation that seriously impacts the First Nations (what we in the U.S. would know as Native Americans) of Canada. Many of these changes have been unilaterally made without consulting the First Nations.

While fully explaining how these policies are colonial in nature and detrimental to First Nations  is beyond the scope of this post, and has been done better by others, I do want to highlight at least three points.

First, the Conservative party’s policies and legislation are encouraging the privatization of reservation land. This change is allegedly being made to encourage entrepreneurial ventures by FN and increase the economic well-being of First Nations reservations.  However, private land ownership is a very Western concept tied to the whole capitalistic system. Both are not native to First Nations who hold to a very different relationship to the land. Any move towards privatization of land and the lowering the level of consensus necessary to sell of reservation land is to enable reservation lands to find their way into the hands of non-Natives (eliminating the reservation parcel by parcel) and for the disruption of the use of the land by First Nations.

If you are skeptical on this point please research the Dawes Act and the impact it had for the Lakota. While you are at it, please consider why explicitly colonial legislation from over a century ago bears a strong resemblance to legislation being passed by the supposedly more progressive and benevolent Canadian government.

Second, this privatization goes hand in hand with changes to the Navigable Water Act which will remove federal protection of various waterways. Combined, these will ultimately allow energy and mining companies to operate easier on and through First Nations land with less accountability regarding environmental destruction. For what is easier for a company who wants to extract resources from First Nations land, to deal with a tribal council considering tribal land, or dealing with individual families and persons who are deeply impoverished? Is it easier to work around two layers of protection, federal and provincial, or just one?

In summary, Harper’s agenda is a blatant example of contemporary environmental racism, intentional marginalization of a minority group, and colonialism perpetrated by the government of Canada against the First Nations people. It is an attempt to dismantle the sovereignty of the First Nations, force assimilation, and open up previously protected land to exploitation, pollution, and destruction by Canadian companies.

But what is all this for?

All government deception and self-deception aside, this is all being pursued for the sake of corporate profits, job generation, energy independence and the homogenization of Canada. This is ultimately for the benefit of Harper and the Conservative Party and non-First Nations Canadians.

The energy and jobs will, at least in the short-term, benefit many Canadians who will never step foot on a First Nations reservation or be directly impacted by the environmental destruction. This will also benefit the Conservative government and PM Harper. Some of the corporate profits made will undoubtedly be returned via campaign contributions. Additionally the Conservatives can use job creation and energy independence to help shore up votes in the coming elections.

What’s a Christian to do?

The marginalization, exploitation and attempts at forced assimilation in these new legislation and policies are diametrically opposed to the commandments of God, the manifold calls for justice in the Bible, and the desire for all cultures to come to worship the God of Israel as they are. In light of this reality, the active or passive support of the Harper agenda, including Bill C-45 and other such measures, by Christians is unthinkable.

How does the current generation of Christians want to be judged by history?

Now Stephen Harper himself, many members of the Conservative Party, and many Canadians who voted for his government and support his policies are all Christian.

Some are ill-informed and ignorant in regards to the Gospel, how these policies impact First Nations, colonialism or all of the above. Some are very comfortable enjoying colonial privilege and would rather use a variety of go to stereotypes about FNs. Most I think are just scared. The economy has made the general population of Canada far more scared of keeping their jobs and maintaining their lifestyles than whatever negative impact this legislation might have for Canada in the future or the fact that it violates treaties they are only dimly aware of.

In light of the fact that we will be judged by how we treat the least of these (Matt 25) I believe standing in solidarity with the First Nations is the only choice that will not be embarrassing when we give an account to God for actions and inaction.

I am figuring out life and faith and taking other people along with me on my journey. Sometimes as fellow travelers, sometimes as hostages.
View all posts by Speakfaithfully →
This entry was posted in Christianity, Faith, Politics, Postcolonial and tagged #idlenomore, assimilation, Bible, Bill C-45, Christianity, Christianity and Colonialism, colonialism, Idle No More, Jesus, PM Harper, postcolonialism, Stephen Harper. Bookmark the permalink.