Why is it okay to be racist against Native Americans?

Posted on September 9, 2012 by Speakfaithfully

While the United States has come a long way in addressing racial issues in the last several decades it still has a long way to go.  One of the most important areas of change needs to happen in regards to there being equal respect to Native American citizens of the United States.  I say this because as far as I can tell it is completely acceptable in mainstream society to be racist against Native Americans.

Tabling the historical issues related to colonialism, forced assimilation, genocide and the like for the moment I want to talk about three really current realities.

First, there is the issue of names.

I will be honest that I have not thought at length at how racist many of our sports teams names are in the U.S. but now this is a glaring issue for me.

For some reason mainstream society has decided to accept Redskins, Braves, Blackhawks and other similar names as tolerable.

Recently DJ NDN, a member of A Tribe Called Red began calling for a boycott for sponsors of the Napean Redskins, a local football team in his area.  DJ NDN (Twitter: @deejayndn) has been attempting for a year to talk to them very reasonably about changing the name and they have not.

I kid you not, this is a video-clip of a white T.V. announcer arguing with a Native American, DJ NDN, that this name is not offensive or inherently racist.  That’s like telling a black person a sports team called the “Houston N—–s” is not inherently racist.

If this were not enough we have used Native American themed names in many of our tools of warfare.  The Tomahawk missile, the Apache gunship, the Kiowa helicopter and giving Bin Laden the code-name “Geronimo” are just a few examples off the top of my head that I can think of.

Again while some might suggest this is an ode to the strength and ferocity of the Native American warriors in battle, I think it is ultimately disrespectful considering the U.S. army has been used as a tool of genocide to murder Native Americans time and time again throughout history.

Second, there is cultural appropriation.

Cultural appropriation is adopting aspects of another culture, often piecemeal.  While this is in some ways inevitable in our increasingly connected multicultural world, especially in the pluralistic United States, this is still problematic.

Adopting aspects of Native American culture has been in vogue for some time and there are literally entire books and blogs devoted to discussing this issue. More recently it has become part of hipster fashion to sport head-dresses and other fake Native American regalia

There are two prime examples of how out of control this issue has become.

This blog discusses the use of and insulting nature of headdresses at Coachella. Though the entire issue could be summed up by this picture.

Then there was this recent event sponsored by Paul Frank. 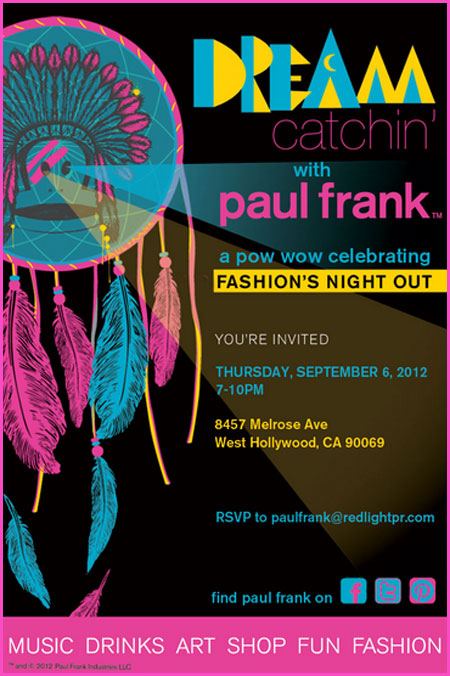 Here is a link to pictures from the night.  This party included props where people were encouraged to use to “act Indian” for photos, which resulted in “mock scalpings” and “war whooping.”

Many of these images are ridiculous, absurd, and racist, but this one really takes the cake…

(They have since apologized, but this has only resulted in them removing their photos from Facebook.)

Third, there is continued environmental racism.

And here’s the thing…

The most important thing about all of these issue is the fact that for the most part mainstream society and media could care less.

If there was a sports team named the Atlanta Blackskins, the D.C. the Whiteskins, the San Francisco Yellowskins, the San Diego Brownskins, or the Brooklyn Jews, any sort of team had a direct reference to an ethnic group (least of all via a name that has been pejoratively used for centuries) this would not be tolerated.

If a party had an “African-American theme” with mock lynchings, fried chicken, black-face and watermelon, the media would go crazy.  If it had a “Jewish theme” with fake Bar Mitzvah’s, dreidel and menorahs, the ACLU would be all over it.

If a school had a day where people were encouraged to dress up as Latinos/Latinas there would be a lawsuit in the making.

If toxic waste and nuclear waste was being dumped in all African-American, or all Latino, or all Asian neighborhoods, all Irish, or all Polish neighborhoods this would not be tolerated.

To accept racism towards some of our citizens while decrying it against others is woefully inconsistent.  Either racism, in all its forms, against all ethnic groups is bad, or we are picking and choosing who gets the right to be treated as equals.

Overall the acceptability of racism towards Native Americans is the ultimate form of disrespect and marginalization, especially when compared with how fervently accusations of racism are denied and how fervently racist issues are addressed in this day and age…for everyone else. It is like saying, “You, and all of your people, don’t count.” It is perhaps a final and ultimate insult from the mainstream culture to Native American, First Nations and other indigenous communities, after generations of colonization, oppression and injustice.

And it needs to stop.

I am figuring out life and faith and taking other people along with me on my journey. Sometimes as fellow travelers, sometimes as hostages.
View all posts by Speakfaithfully →
This entry was posted in Personal Commentary, Politics and tagged cultural appropriation, environmental racism, Native American issues, racism, Redskins. Bookmark the permalink.

7 Responses to Why is it okay to be racist against Native Americans?